How is the growing trend of being environmentally conscious changing the way we search? 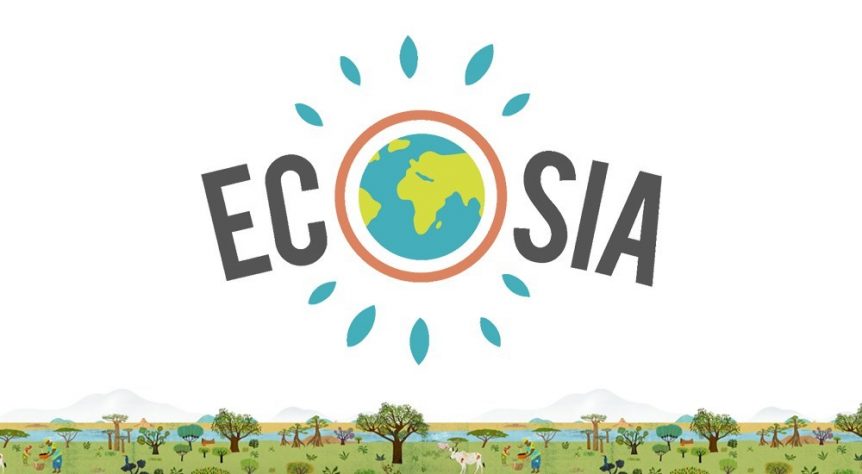 Awareness of environmental issues is on the rise, with more people making sustainable lifestyle choices. This movement has resulted in companies such as Ecosia, whose unique business model is changing the way we search online.

A few weeks ago, the world was shocked to learn that the lungs of Planet Earth, the Amazon Rainforest, was on fire. Very quickly, a huge movement appeared on social media, featuring the hashtag #prayforAmazonia

As a part of this movement, not only did awareness of the fires grow, but so did downloads of a search engine called Ecosia. Ecosia is a social business search engine. Similar to Google, they make money through paid adverts. However, where they differ from Google, is that 80% of their profits are donated to reforestation projects around the world.  As awareness of the Amazon Fires grew, installs of the search engine browser extension and mobile app increased by over 1000%.

Ecosia is getting ever more popular every day, especially as younger generations are more climate change aware. Ecosia can boast about 5.5 million active users with 56 queries per second. Whilst this may not compare to the juggernaut that is Google, it is surprising as the last few months have seen an average increase of just shy of 235% YoY in the number of searches. It appears whilst the Ecosia search engine does not have the same features on offer, over 8 million people prefer the chance to search and make a difference and enjoy the other benefits that Ecosia offer. The growing number of people using Ecosia means that now they are able to plant a tree every 0.8 seconds!

On the landing page of the Ecosia mobile app, your number of searches is recorded. Ecosia have stated that it takes an average of 45 searches to plant a tree, so users can track how many trees they have helped to plant. This is one of the reasons the popularity of this app continues to soar, as users feel they are making a direct contribution. To date, over 68 million trees have been planted in 15 different countries. In July 2019, €815,378 was invested into their different projects, which grew to €855,323 in August as a result of their growing popularity. When awareness of the Amazon fires grew, Ecosia pledged to plant 1 million trees in Brazil. However, due to the popularity of the search engine, Ecosia are now able to double this figure.

With more people using the search engine every day, especially the younger generations, we must consider how digital marketing will be affected and how it could change over the next few years.

How is Digital Marketing affected?

Well a major point of Ecosia is that they anonymize all searches within one week, not creating personal profiles of anyone based off searches. Ecosia also states “Ecosia encrypts all searches to protect them from eavesdroppers, doesn’t use any external tracking tools, and doesn’t sell your data to advertisers”. So, we may find that it becomes a little harder to target users compared to when using other conventional search engines. Users now going to a site from Ecosia will be labelled as new visitors, every time they use it. This will affect CRM data that companies gather, meaning in the future, we may see even more sign in accounts on websites and therefore email retargeting.

Whilst certain users cannot be targeted due to the anonymity of the search engine, it could still be an effective way to target Gen Z and Millennials, who make up a large percentage of the user database. Those who tend to be more aware of their privacy tend to be younger and more savvy audiences, combined with younger generations being more environmentally conscious, indicates a demographic bias. Also, audiences prefer more targeted advertising, relevant products and services, rather than random targeting, so perhaps anonymity isn’t the full answer.  All this being said, I’m not expecting google to be knocked off its pedestal anytime soon.

However, Ecosia is an example of how the rising trend of being sustainably conscious is changing the way we live, work and search. Whilst it may be missing some of Google’s luxury features, I for one will be using the plug in, hoping just a few more people will be too.

If you would like to know how we can help your business grow every day, then please get in touch to find out more about our approach, or view our case studies to see some of the results we’ve been able to achieve with other clients.

Discover a new way of growing

Thank you! We'll be in touch soon.
Oops! Something went wrong while submitting the form.